The delegation of the Institute attended the Vavilov Society of Geneticists and Breeders Convention.

Scientists of the All-Russian Research Institute of Forest Genetics, Breeding and Biotechnology participated in the International Congress «VII Congress and Associate Symposiums of Vavilov Society of Geneticists and Breeders on the 100th Anniversary of the Department of Genetics of Saint Petersburg State University». It was held on 18-22 of June, 2019, in Saint-Petersburg on 'Mikhailovskaya Dacha' campus of Saint Petersburg State University.  This Congress turned out to be the largest in the history of the society: more than 1400 attendees from 33 countries, about 400 oral and 600 poster presentations at 20 symposia, 3 round tables and 2 associated conferences. 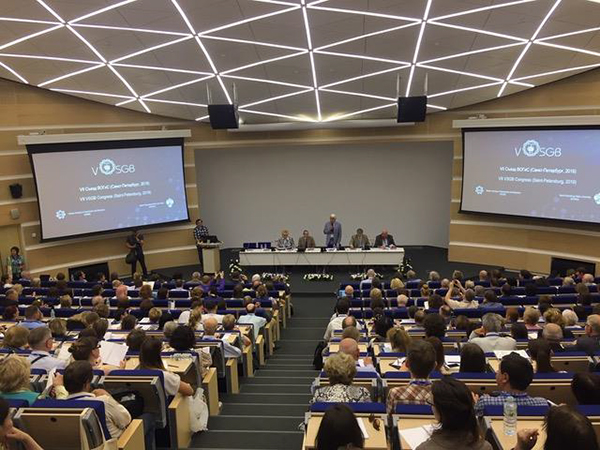 The International Congress «VII Congress and Associate Symposiums of Vavilov Society of Geneticists and Breeders on the 100th Anniversary of the Department of Genetics of Saint Petersburg State University».

The main goals of the Congress were:

– to enhance awareness of Russian and foreign experts about ongoing research works in the field of genetics and breeding;

– to discuss complex interdisciplinary projects of fundamental and applied research works in the field of genetics and breeding;

– to make the achievements of genetics and breeding better known;

– to create a solid network of international professional contacts in the field of genetics and breeding.

The Congress consisted of various plenary sessions and symposia on modern trends in genetics and breeding. Head of the Department of Plant Breeding and Seed Breeding of the Institute, R.M. Kamalov presented a poster at symposium V «The impact of age-specific pattern of intra-population additive genetic variance of the tree height on the options regarding the seed breeding of Scots pine». The Institute’s scientist has studied the age-specific pattern of intra-population additive genetic variance for tree height in order to assess the effectiveness of different seed breeding scenarios. The study was presented as a poster presentation. It demonstrated indications of a natural decline of the coefficient of genetic variation with age. 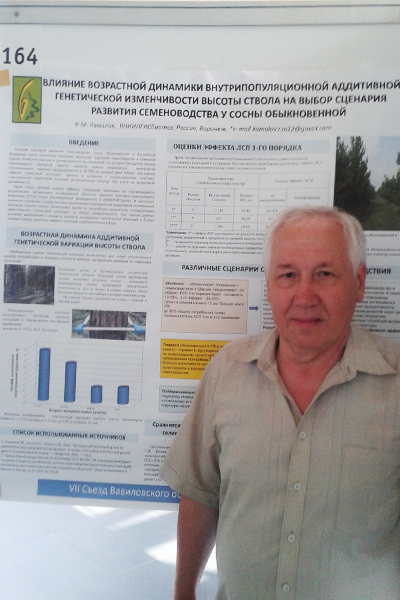 Poster presentation of the Head of the Department of Plant Breeding and Seed Breeding R.M. Kamalov.

Some other Institute’s scientists took part in Symposium X «Plant Breeding and Biotechnology»:

– principal researcher V.A. Tsarev presented a report on «Juvenilization of economically valuable poplar genotypes and their reproductive activity in the Central Chernozem Region»;

– researcher V.A. Varivodin, Head of the Department of Forest Genetics and Biotechnology I.N. Varivodina and Head of the Laboratory of Biotechnology O.S. Mashkina presented their report «Study of age-specific wood quality characteristics of various selected poplar and aspen forms»;

– leading researcher T.M. Tabatskaya, researcher Ye.Yu. Amineva and Head of the Laboratory of Biotechnology O.S. Mashkina presented their report «Simulation of stress in in vitro culture and selection of tolerant birch, poplar and aspen forms»; 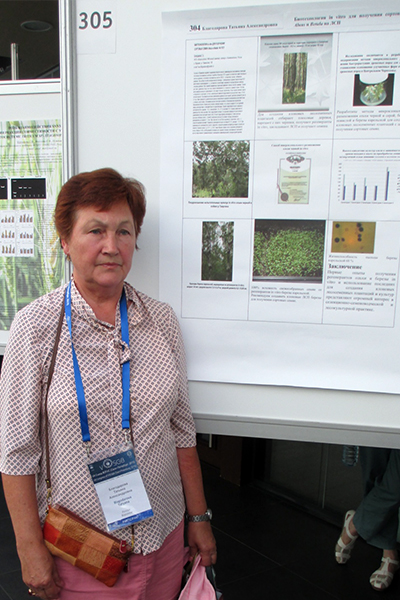 Institute’s researcher T.A. Blagodarova with a poster report «In vitro biotechnology for alnus and betula seed production on the forest seed plantations».

In her report T.A. Blagodarova focused on black alder and birch, for which survival index and preservation rate of the grafted plants were low. The researcher offered the microclonal propagation method as a way to solve the problem. In the case of micropropagation black alder trees can flower at the age of 3-4 years. 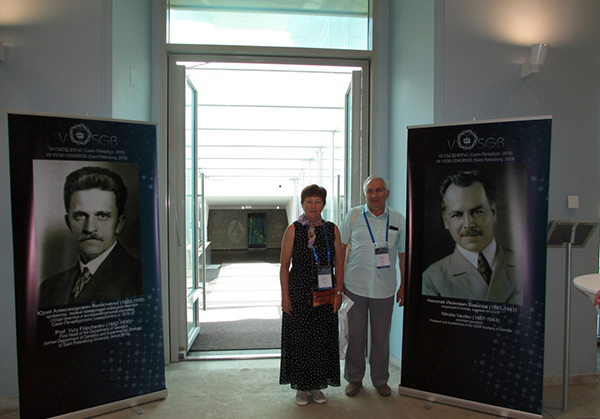 Some other Institute’s scientists took part at Symposium XVII «Population genetics», among them: leading researcher I.I. Kamalova, researcher N.I. Vnukova, researcher A.P. Serdyukova and researcher Ye.S. Klushevskaya who presented a report «Dynamics of the frequency of the homozygous genotype for the semi-lethal GDH-11 allele in the offspring of Scots pine trees with different levels of drought tolerance».

The Congress also included a delegation meeting, where new Governing Board of the Vavilov Society of Geneticists and Breeders was appointed for the following 5 years. There also was made a decision to hold the next VIII Convention of the Society in 2024 in Saratov at the Saratov State University named after N.G. Chernyshevsky. The members discussed the development challenges, prospects and problems facing the Society, including its expansion into new promising regions of Russia. The participants acknowledged the competitive value of the Congress content and rated as high the relevance of domestic works in the field on the international level.

At the final meeting, the participants adopted the draft resolution submitted by the organizing committee.

On the whole, at the VII Congress of the Vavilov Society of Geneticists and Breeders, the Institute's researchers demonstrated new scientific developments of the Institute and exchanged information and ideas on genetics and breeding trends and prospects with colleagues on an international basis. As a result of the event, a book of abstracts of all the posters and papers presented at the Congress was published.