History of the Institute

Institute in the XX century 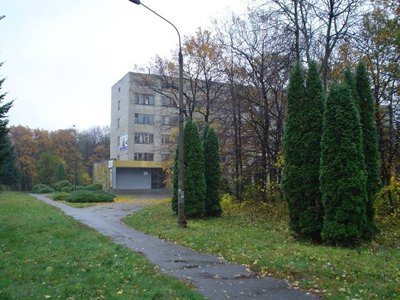 In 1970 the All-Union research and production association of forest genetics (russian abbreviation – “Sojuzlesselekcija”) and Central Research Institute of Forest Genetics and Breeding were organized in Voronezh (by the resolution №336 of State Committee on Science and Technology, August 24, 1970, and by order №288 of the Chairman of State Forestry Committee, November 23, 1970).

The choice of the city was not accidental. Voronezh has a variety of valuable forestlands: Usmanskij, Hrenovskoj and Shipov forests, Tellermanovskaya oakery. Besides the forests of Province of Voronezh have been playing a major role in the economic growth of the Russian Federation during the last three centuries. By decree of Peter the Great the Shipov forests was classified as shipbuilding timber since 1710. During the 18th century the timber there was harvested and principally reserved for ship building for the Black Sea Fleet. In 19th century a special expedition under V.V. Dokuchaev’s guidance took for research several test areas in Voronezh Oblast, one of them, Kamennaya Steppe, is now the worldwide famous test ground. The first forestry school was established in Hrenovoye in order to start training specialists in silviculture more than 100 years ago and the history of forestry higher education in the region is more than 85 years old.

The State forestry committee under the cabinet of ministers of the USSR outlined the following thematic priorities for the Institute (order №288 of the Chairman of State Forestry Committee, November 23, 1970):

– breeding of new highly productive varieties and their testing;

– development of methods for mass production of seed of valuable tree species of the first hybrid generation;

– development of methods and practical instructions for individual-tree selection and group selection and for elite seed production.

– development of methods for reproduction of certified planting material;

– development of methods and practical instructions for the group selection and formation of permanent seed breeding plots.

In order to address these challenges a network of research and production institutions was organized. The network includes 2 research and production regional forestry administration units (Astrahanskij and Belorechenskij); 4 seedling tree nurseries (Abazinskij, Bryanskij, Semilukskij and Kaliningradskij), forest experiment station (Astrahanskaya) and Shipov base station with a total of 700 employees.

There were 11 laboratories, the department of scientific and technical information, planning and production department Department and an amenity forest in the Institute with a total of 300 research workers.

Since 1975 the Institute has been coordinating research on forest genetics, breeding, seed breeding and introduction, carried out by different Russian scientific research institutes and universities.

There was a Council on forest genetics, breeding, seed breeding and introduction established under the Institute in order to bring together the country's leading researchers. There were 10 council meetings, where the main thematic priorities for the scientific research works, industry programs, regulatory and guidance documents were discussed.

As a member of the IUFRO since 1988, the Institute has collaborated with a number of institutions of more than 20 countries, conducting joint research, cooperative programs and mutual exchange programs for research workers, holding international symposiums and exchanging the breeding material.

The Institute has changed its name several times since its formal establishment and is a successor of long-standing traditions in science that have been developed over the years.